Dreams are great. Dream big, that’s what they always say. As a programmer you must retune this concept to dream within a reasonable scope. In this post I will go over my original concept for my second solo week project and then what actually ended up getting created.

What did I end up with? A combat assistant. I use it, it works but oh man is it not what I had in my original vision.

So what did I learn? Iterative thinking should be core to project conceptualization. If I had only thought of my program as a combat assistant I would have been very happy with my results. However because I had such grandiose visions of the first iteration I felt I let myself down.

It’s all about the MVP baby! Change that mindset. It’s awesome I had so many ideas, but if only I thought about them as user stories in the backlog and the MVP as my main goal my personal satisfaction would have been much higher in the end. 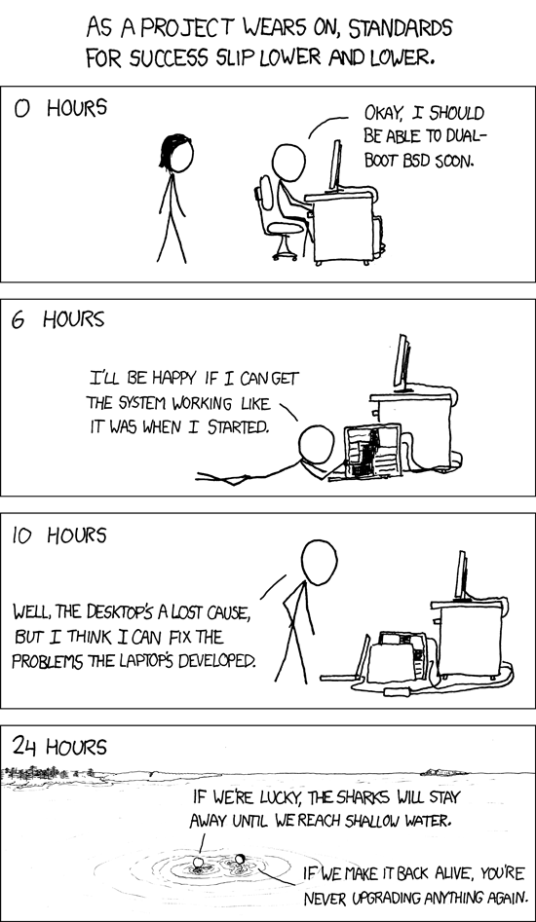